We may not remember it clearly, but the headlines during the summer of 2008 were all about the wildfires raging in California.  They spread from Santa Barbara to Oregon.  They were collectively called the “Northern California Lightning Series” which included over 2,700 individual fires which spanned from May 22nd to July 25th.  During late June (the worst week of the season), much of the area was covered in thick, dark smoke and numerous areas recorded record high levels of air pollution.  Then the fires ended, the summers ended and we (as consumers) moved on.  Many of us haven’t even had a second though about those fires, until now.

In contrast, many Californian wine makers have thought about those summer fires everyday for the last two years.    How would they avoid that dreaded ‘smoke taint’ left over from the fires.

The most affected growing regions were the Sonoma Coast and Anderson Valley.  Anderson Valley was hit the hardest.  As we fast forward two years, we expect to see many of the Anderson Valley Pinot Noirs we love so much release their 2008 vintage.  But not many are emerging.  The San Francisco Chronicle only received 12 bottles for their annual tasting of new releases in October.  In the midst of debating how to handle this particular smoky vintage, many wineries chose simply just not to release a Pinot for the year, rather than get killed in ratings and reviews.  The Wall Street Journal compared the ’08 Anderson Valley Pinots to a ‘wet ashtray’ in their review of the vintage with an equally devastating title to the article, “Sipping These Wines Is Like Smoking and Drinking at the Same Time.”

As word continues to spread about these wines, there are stories of wine makers who have taken a stand to the vintage.  Many have employed techniques to remove the smoke taint…called reverse osmosis (some may remember this from high school science class)….in which wine is separated into two different streams and the smoke compound is filtered out before the two streams recombine to form wine.  Some wine makers argue that this is an unnatural process for wine to go through, but many in an effort to save their grapes and vintage had no other option.

Our advice…be cautious but slightly adventurous.  There are some good bottles of Pinot to be found in Anderson Valley in 2008 (particularly the ones that went through reverse osmosis), and right now you will probably get a particularly good buy on them!

Anderson Valley Brewing Company; a solar powered, environmentally friendly brewery in Mendocino, California. Many have the perception that a “green” business equals pricey products. But with more and more businesses hopping on the green wagon, that doesn’t seem to be the case, especially in California, where they know how to be environmentally-friendly and affordable at the same time.

Anderson Valley is using their PV solar panels to cover 40% of their annual energy needs. While this may not seem like a lot, remember that brewing beer is not light on energy consumption. Large boilers and heat exchangers work hard to heat the wort (the mixture prior to fermentation), hold it at a boil for 1 to 2 hours, and then cool it quickly. Larger-scale breweries that are constantly making batches of beer have developed a more efficient way of heating and cooling. Pipes running side by side take the cool water as it goes into the tanks on one side and pass it by the heated wort as it exits another tank. This heats the water that is about to be boiled, and cools the wort that needs to get down to 70 degrees prior to beginning its fermenting process. As much as brewing beer has not been a green process in the past, it is refreshing to see breweries making the step. And it’s not just the hippies out in California, Coast Brewing Company out of Charleston, SC is located in a sustainable community, uses local and organic ingredients and runs their brew kettles on biodiesel.

Although breweries are finding ways to deal with the excessive energy use, water is still an issue in the less-rainy areas of the country. I find it ironic to think about the clever saying  “Save Water, Drink Beer.” It actually takes 6 to 8 gallons of water for every gallon of beer produced. If you really want to save water, just drink water. But then, what is the fun in that?

If you think that Anderson Valley is spending it’s energy trying to save energy instead of creating tasty beverages, think again. Their beers are full of flavor and made with the finest ingredients grown in the nearby Pacific Northwest. One of my favorite beers of all time is their Poleeko Gold Pale Ale. Some pale ales can be overly hoppy, or too light. This one is just right, balanced and full bodied with a slight dry citrus flavor and a crisp light finish. If you are an IPA fan, try Hop Ottin’ IPA.  This big, hoppy beer is a hop-lover’s dream. 80 IBU’s in this sucker.

So there you have it. You can be environmentally friendly and make a damn good beer at the same time. If you want to check out some of Anderson Valley’s fine brews, you can find them online at http://www.decantedwines.com or in store at Decanted Wines, 1410 Pine Ridge Rd, Naples FL 34108 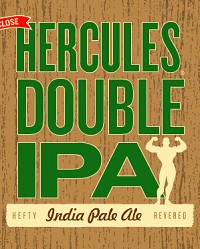 The new, hot alcohol trend across the U.S. has been micro-brews.  Breweries are popping up everywhere from small towns in the Rocky Mountains to city dwellings like Philadelphia.  Everyone has to try the new hometown brew and is even more excited if they discover something ‘unknown’ to their friends and fellow beer-geeks.  Here in Florida, it has been a slower process.  We are not surrounded by breweries and even have a hard time getting some of these unknown beers in the state.  But with demand increasing, a few are starting to creep in.

Beers are very similar to wines.  There are different types of styles, regions, and brewmasters.  It almost seems overwhelming when you address the number of different options that you have.  A few months back, Food & Wine published an article about the best beers for wine lovers (click here to read the full story).  We’re republishing and expanding the list for those of you who are thinking about branching into new waters and discovering your beer personality.

If you like: Riesling, Dessert Wines
Try: Cider.
Cider is typically made from apple ciders varying in alcohol percentage from 2 – 6%.  Ciders can be made sweet and fruit flavored (apple, pear, black currant) or ultra dry.  Cider is most popular in the UK, but starting to make an emergence in the states.
Explore: Ace Pear Cider ($2), Fox Barrel Black Currant ($2), Blackthorn Dry Cider ($2)

If you like: Sauvignon Blanc, Light & Dry Whites
Try: Wheat beers.
Wheat beer is brewed with a large amount of wheat and malted barley.  There are two traditional styles of wheat beer:  witbier (Belgian white beer) and weissbier (German white beer).  The flavor profiles of wheat beers can differ significantly but in general are light and crisp, slightly sour, and often a citrus flavor.
Explore: Tangerine Wheat ($1.75), Wittekerke ($1.50)

If you like: Cabernets, Heavy Reds
Try: Porters and IPAs
A porter is a dark-colored and full flavored beer made popular in London.  Very similar to stouts, these beers can be made with pumpkin, honey, vanilla, chocolate and bourbon flavors.  IPA, or Indian Pale Ale,  is a medium to dark-colored ale characterized by a bitter, hoppy and malty flavor.  IPAs have gained popularity in the U.S. and are made in a number of small micro-brews in the west.
Explore: Old Slug Porter ($5.25), Anderson Valley Hop Ottin IPA ($2), Great Divide Hercules Double IPA ($3.50)